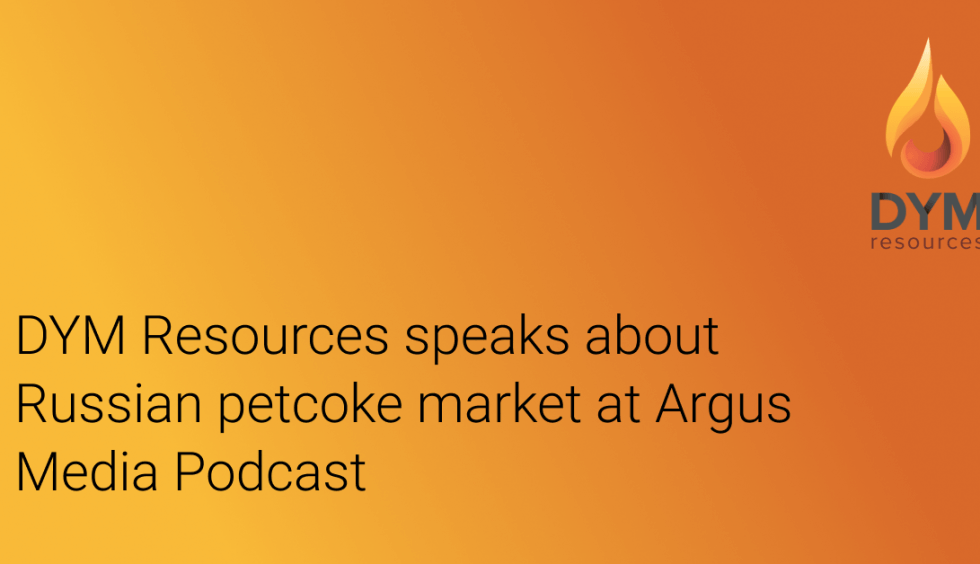 Yury Burenko, DYM Resources’s Trading Director, was invited to the latest episode of “The Petcoke Podcast”. It is a series of podcasts about the latest trends in the petroleum coke industry run by Argus Media, a leading independent provider of energy and commodity pricing information.

In this episode Argus deputy director Erisa Senerdem is talking to Yury Burenko about the latest trends for the Russian petcoke markets. Here are the key topics of the discussion:

“Next year they would be possibly up to a half-million tons. Because Nizhny Novgorod will be started only in end of summer, beginning of autumn. Up to 0.5 million, half a million tons next year. And in 2022, possibly one million for these refineries, for these capacities. But also, another new coker unit would be started in 2022, which is Omsk. Which is also a big one, about 800,000 tons per year”.

“In next two years, Russian output for petcoke will increase at least for 50%. And possibly, we don’t know if all of the projects which were announced during the last years would be realized, but possibly in the next five years, we would see doubling petcoke output from Russian refineries” – Mr. Burenko concludes.

You can listen to the whole podcast on Argus Media website and also find the transcript here.

Find out more or adjust your settings.