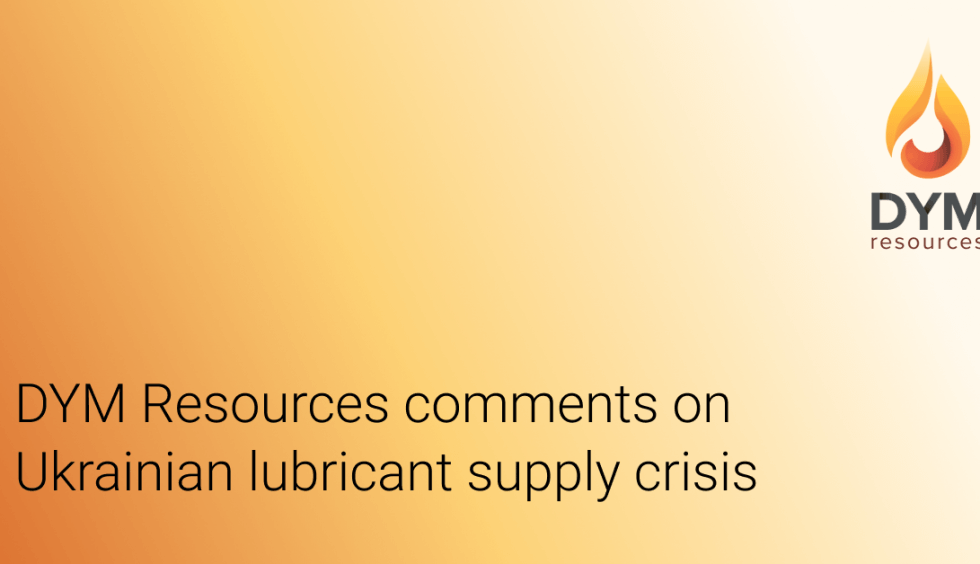 DYM Resources commented on the lubricant supply crisis in Ukraine in a recent Lubes’n’Greases’s article by Boris Kamchev. Lubes’n’Greases is a renowned media in a lubricants industry that regularly publishes reports on EMEA lubes market.

Ukraine Railways is currently facing challenges in getting finished lubricants. Being one of the main players of the European lubricant market, at the moment Ukraine experiences a shortage of base oil supplies, and base oil imports are crucial for Ukraine’s lubricant production. There are a few reasons for this shortage. One of them is the drop in fuels demand because of the pandemics. Moreover, prices for some API Group I and Group II base oils from Russia increased by almost 100% over the past six months.

Another reason is the decrease in base oil shipments from Russia. In February Ukraine imported only 5,760 tons of base oils from Russia which is 31% less compared to the previous month (8,370 tons).

DYM Resources believes that Russian base oil exports drop is explained by the increased domestic market demand, stockpiling ahead of maintenances and lower number of days in February compared to January. For instance, in February the Russian domestic base oil supplies by rail increased by almost 10% to 117.73 kt. In March base oil exports are expected to keep dropping because of the maintenances at refineries and the domestic demand increase due to the start of the agricultural season.

DYM Resources is an independent base oil trader with exclusive market knowledge. DYM Resources exports base oils by rail, trucks, containers and bulk from Russia, Europe and other locations.