According to a survey conducted by Focus Business in cooperation with Statista, DYM Resources got a title of one of the fastest-growing companies in Germany in the period from 2017 till 2020.

Focus Business is the business and career magazine from a German-language news magazine FOCUS. Statista is a German company specializing in market and consumer data. The two companies joined forces and organized a competition Wachstumschampions 2022 (Growth Champion 2022). Statista compiled a longlist of around 12,000 companies from all sectors that have shown high turnover or employee growth in recent years. In April, Focus and Statista called on these companies to participate in the Focus Growth Champions competition.

The main criteria for entering the competition were the following:

In the end 1,655 companies participated in the competition. All data reported by the companies as well as the self-researched data were checked and processed by Statista. Information from the online survey had to be confirmed in writing by an authorized person of the company. The companies with the highest turnover growth formed the Growth Champions 2022.

Here you can find the full list of Growth Champions 2022.

DYM Resources is a Berlin-based trading company specializing in base oils, petroleum coke, bitumen. The company was founded in 2016 and has been steadily growing since then. The first two quarters of 2021 turned out to be more successful than the same period of the previous year. The turnover in 2021 is expected to be more than 40 million euro. Next year DYM Resources is going to participate in Wachstumschampions competition again with hopefully even better results. To contact us for business requests, do not hesitate to write us an email at info@dymresources.com 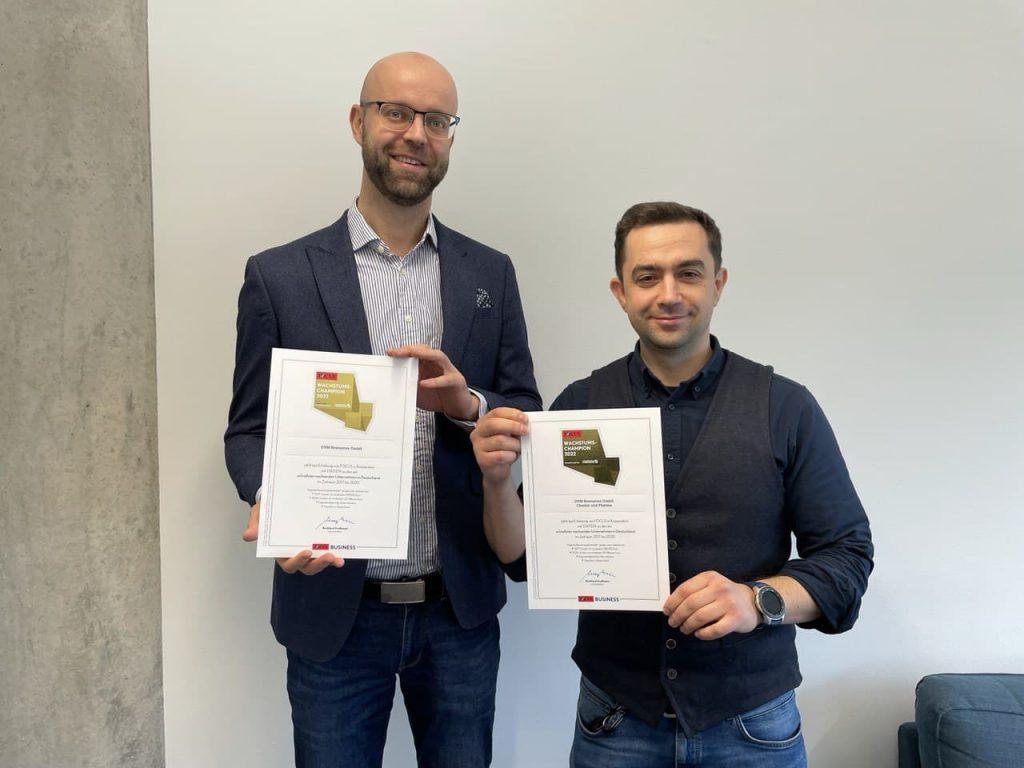